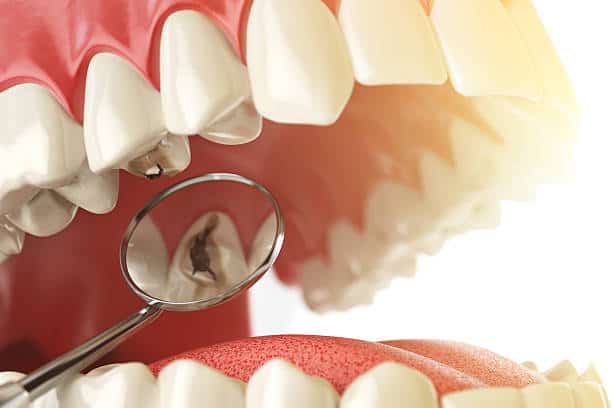 For this week’s blog, Dr. Dhaliwal is taking it back to the fundamentals. She’s answering the basic question of what are cavities and how can we prevent them.

What is a Cavity?

Found in everyone’s mouth there can be millions to billions of bacteria with 10,000 to 100 million living on just one tooth alone! Certain types of these bacteria love to feed off sugars you eat, they then convert those sugars to acid. The acid softens the enamel and can eventually cause the tooth to decay and become a pit or hole, this is when we use the term a cavity. When the decay reaches the second layer of the tooth, the dentin, that is when it needs to be repaired.

Are There Any Early Signs of a Cavity?

Yes!  Sometimes, but not always, you can tell a cavity is starting.  Here are some signs and symptoms to be on the watch out for:

Can Cavities Heal Themselves?

To put it simply, yes and no.

The cavity is still in the enamel layer, the outer most layer of your tooth. Use floss and blast the demineralized area with fluoride to stop the spread of the cavity. Use fluoridated toothpastes, fluoridated mouth rinses and avoid sugary, acidic foods and drinks to help slow or stop the progression of the bacteria. 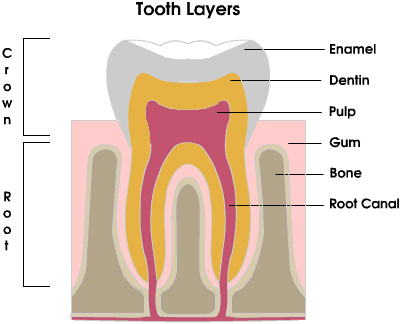 What Happens if I Leave the Cavity Alone?

The bacteria in your mouth love being nestled in your tooth. They feed off sugars, reproduce and burrow deeper into the tooth if untouched. Eventually, the bacteria reach the last layer of the tooth, the pulp. The pulp layer has the nerves of the tooth resting in it, so when the bacteria reaches it, that is typically when you will experience pain. At this point, a simple filling won’t be enough to remove the cavity since the bacteria is now living in the pulp’s canals.

To remove bacteria in the pulp, the pulp is removed by either having a root canal performed or having the entire tooth extracted from your mouth. If the bacteria still isn’t removed after it has reached the pulp it will keep spreading down the root’s canals until it reaches the bone. This can become extremely dangerous. Eventually, the bacteria can cause extreme pain, swelling and even become life-threatening.  The bacteria can travel into the bloodstream or other important regions in your body.

How Can I Prevent a Cavity?

Remember to visit us twice a year so we can spot those cavities early on and prevent them from growing. Follow these tips and make your visits with Dr. D a breeze!

previousWelcome to Our Maitland Dental Office!